United by their enjoyment of live music in a listening room atmosphere, Joanne and Joe Smiddie-Brush and Phil and Carla Slates present music in a variety of venues in the greater Indianapolis area. Phil and Carla introduced Joe and Joanne to the idea of house concerts, and encouraged them to host a show because their house was well suited for it.  Joanne and Joe hosted their first house concert in their home in Broad Ripple in 2009.

Since then, they have expanded their efforts to present “moveable” Flying Cat Concerts at other venues as well, including Carriage House Concerts at the Indianapolis Propylauem and The Music Room near Butler University.

The four co-hosts are busy with full-time jobs, family, and other volunteer activities.  All four are on the Leadership Team with the the Indy Folk Series; Phil and Carla are also involved the Central Indiana Folk Music and Mountain Dulcimer Society, and play in the Slates Family Band with Phil’s brother Dave and his wife Ruth.

They look forward to meeting you at an upcoming concert! 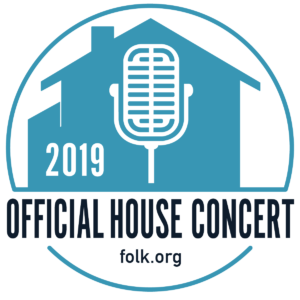